Bowring Park is Getting a Face Lift and The City of St. John’s Wants Your Input

Bowring Park, a famous park close to downtown St. John’s Newfoundland, is getting a lot of attention lately. For 15 years now the City of St. John’s has been working on a number of improvements to the popular park which is a year-round favorite of locals and tourists visiting the capital city, and just when you thought the park couldn’t get any better, the city is calling for ideas and suggestions from the public at large on what could be done to make this spectacular park even more awesome.

Located at 305 Waterford Bridge Road in St. John’s, Bowring Park has most of everything you would expect from a capital city central park. Bowering Park is open year-round and has something for everyone. Enjoy walking, hiking, and biking paths, take a dip in the newly renovated pool complete with waterslide, run around the playground and splash pad, feed the ducks at the duck pond, and explore some of the statues and monuments strategically located on the parks many pathways.

Wintertime in Bowring Park is equally as attractive with a multitude of snowshoe and ski trails available for free enjoyment along with a great Christmas light set up each year. It’s a great place to go for a romantic walk, enjoy the outdoors, spend time with your family, have a picnic, and generally relax. Most capital cities in Canada have a special park for everyone to enjoy, and St. John’s Newfoundland is no exception. You can come to the park any day and it will be full of people enjoying themselves.

So what more could a great central park like Bowring Park need? That’s the exact question the City of St. John’s is asking its residents. The city is looking for input from park users so that it can finalize its park improvement plan and make Bowring Park even more perfect.

In 2019 the City of St. John’s held a public engagement meeting where lots of great ideas were presented. Some of the ideas brought forward included improvements to the existing skateboard park, increased food stands throughout the park with an emphasis on healthy and tasty food instead of the traditional burgers, hot dogs, and french fries that make up the staple of what can be purchased in the park today. Other ideas for Bowring Park improvements include a winter ice-skating loop similar to what the City of St. John’s has developed in its popular Bannerman Park, as well as more space for Parking.

St. John’s City counselor Sandy Hickman is spearheading the project and is working on getting ideas flowing in the New Year. Since Bowring Park is a place for the public to enjoy, the idea is to ensure people get a true say in how the park is developed and protected. After all, it’s a place built by the people for the people.

One big thing to keep in mind when thinking about development plans is not only what to change, but also what to protect. Bowring Park has a lot of history. It’s full of mature trees, winding paths, streams, and quiet places people from all over come to enjoy.

Most park-goers have their own special place they love visiting in Bowring Park, like the giant willow tree in the center of the park with the little patio table hidden underneath its branches, the botanical garden near the park entrance, and the Peter Pan statue located near the duck pond.

Ensuring these special spots are preserved and protected is paramount when considering any development plan for Bowring Park.

If you’ve never visited Bowring Park near downtown St. John’s Newfoundland we encourage you to do so. If you’re already a fan of Bowring Park, you already know how good the park is, putting you in a great position to share your opinion with the City of St. John’s on what you like about the park and what you would like to improve. Keep an eye out during the coming weeks and months for new City of St. John’s engagement meetings and proposals for submissions. Be sure to share your ideas on how to make this central St. John’s park even better than what it is today while protecting what you like best about Bowring Park right now. 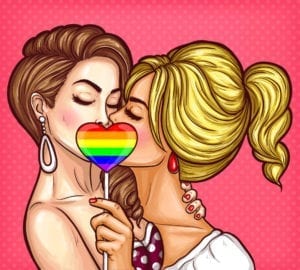