Could a Humpback Whale Swallow a Person?

HOW DO HUMPBACK WHALES EAT?

Humpback whales are baleen whales, which means instead of having teeth as an orca does, they have what’s called baleen, a kind of filter feeder system in their mouth. The way their baleen works is they open up their mouth and take in a bunch of water and food, like krill or capelin for example. Then they close their mouth and push the water out through their baleen, which acts as a giant sieve. The water goes back out, but the food stays in. When hunting, Humpback Whales work together. They’re always communicating to one another and use a special technique called the “bubble net”. The way the bubble net technique works is the Humpback Whales will swim in circles below a school of fish while blowing bubbles. This creates a cylinder of bubbles that the fish are afraid to cross. The whales then keep swimming in tighter and tighter circles grouping the fish closer and closer together. At the same time, the Humpbacks make high pitched noises that further confuse the fish. They can perform this technique in groups of two or large pods of sixty or more whales. Once the fish are sufficiently corraled, all the whales in the group will swim up at the same time with their mouths open and swallow the fish, filtering them out from the water with their baleen.

WHAT DO HUMPBACK WHALES EAT?

For such a large animal, a Humpback Whale’s diet consists of large amounts of tiny things. They eat a lot of krill, which is basically a super tiny shrimp, and they love eating plankton. They also feed on tiny fish like herring, sand eel, mackerel, and capelin.

WHY DO HUMPBACK WHALES OFTEN FEED IN COLD WATER?

There’s a really important reason why Humpback Whales often feed in colder water. Basically, it gives them a huge advantage over hunting in warmer waters. Cold-blooded animals like sharks and fish are heavily affected by water temperature. When the water is warm, fish and sharks move faster. Their nerves fire quicker and even the neurons in their brain transmit data better. For sharks and fish, it’s an even playing field. If you put a shark into cold water, it will perform slower, but the fish it’s hunting will also equally perform slower. This isn’t true, however, for Humpback Whales. Because Humpback Whales are warm-blooded, their performance isn’t affected by the water temperature. They perform equally as well in cold water as they do in warm water. When they feed in warm water, not only is their pray harder to catch, but they’re also competing with sharks and other predators for the same food. Therefore, when Humpback Whales feed in colder waters, it gives them a double bennefit. They are able to catch their food much easier since it moves slower, and other predetors who compete with them for the same food are also less effective.

SO HOW MUCH WATER CAN A HUMPBACK WHALE FIT INSIDE IT’S MOUTH?

Humpback Whales can fit a lot of water inside their mouths. An average sized Humpback can take in around 20,000 liters at one time. To put that into perspective, that’s enough to fill a small pool, and more than enough to suck in a person that’s snorkeling nearby or a scuba diver that’s in the vicinity.

COULD A HUMPBACK WHALE SWALLOW A PERSON?

A Humpback Whale has a small esophagus and therefore isn’t capable of swallowing large prey. From time to time larger pray make it into a Humpback Whale’s mouth, and when that happens, it can become food but only if the whale can fit it past its esophagus. Lucky for us, a standard sized human adult is far too big to fit down the esophegus of a whale, which means the whale would spit you back out. Here’s a video of a scuba diver having a close call with a Humpback Whale:

COULD A WHALE SHARK SWALLOW A PERSON?

WHAT TYPES OF WHALES CAN SWALLOW A HUMAN?

Sperm whales could definitely swallow a human. Their esophagus is much larger than any other whale and they often swallow giant squid whole, which means it would be no problem for them to swallow a human.

IS THERE ANY EVIDENCE OF A WHALE EATING A PERSON?

If you look through folklore, there are many stories of sperm whales swallowing humans, mostly from sailors. Amongst them, one story stands out in particular, the story of a sailor being swallowed alive by a Sperm Whale near the Falkland Islands early in the twentieth century. The man’s name was James Bartley, and as the story goes his boat was attacked during a whaling expedition near the Falkland Islands and he ended up being swallowed alive. Later the whale was killed and he was found still alive in the whale’s stomach. He lived another 18 years, died of natural causes, and was subsequently buried in Gloucester, England under a tombstone that read “James Bartley- a modern-day Jonah”

Have you ever been scuba diving or snorkeling with Humpback Whales? Would you like to? Please share your stories and ideas in the comments below. 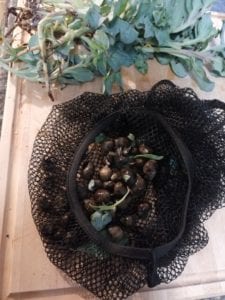 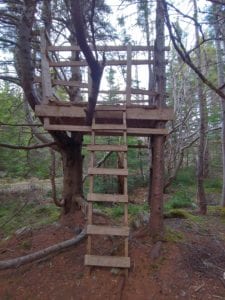 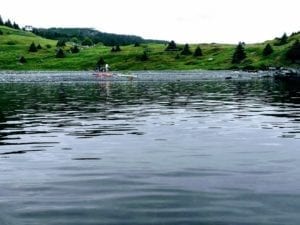