13 Must Visit Sections of the Great Trail

If it’s outdoor adventure you’re craving, you can’t do much better than The Great Trail. At 24,140 kilometres, it’s the longest recreational trail network in the entire world.

Not only does it weave its way across Canada — the world’s second-largest country; the Trail actually passes through every one of the 13 Canadian provinces and territories, linking some 15,000 communities. Best of all, this trail allows for many types of exploration: hiking, horseback riding, cycling, or paddling in summer and fall; or cross-country skiing, dogsledding, and snowmobiling in the winter and spring.

Without a doubt, this trail is one for the bucket list. Here are 13 highlights along the way, from east to west. Download the app and load your backpack.

It took me less than 10 minutes to fall in love with you Newfoundland! ??? #ExporeNL #ExploreCanada #hbouthere

Much of the Great Trail is repurposed rail lines, including Newfoundland and Labrador’s 872-kilometre T’Railway Trail. This section is particularly interesting because you get a look into the 1800s railway era, passing old stations, converted railway cars, relic trains, and 132 restored trestles. It follows the former Channel Port aux Basques to St. John’s line through forest, cities, and sleepy fishing villages. Expect gorgeous mountain and ocean vistas.

Sun, sand, surf, gorgeous clouds and a walk on the beach! The Best day!

From Port Hastings to Inverness, the flat, easygoing 90-kilometre Celtic Shores Coast Trail winds through Nova Scotia’s spectacular Cape Breton Island and is best for long-distance hikers and off-road cyclists. The trail combines stunning wilderness and beaches with Celtic culture and music only 3 hours outside of Halifax.

See all of rural Prince Edward Island from top to bottom via the easy 446-kilometre Confederation Trail, which runs from Tignish to Elmira, rolling past farmland, quiet seaside villages, pretty bays, and charming cities. Wrap in some foodie touring, wetland area birding, geocaching, golf, and a tour of Canada’s birthplace, Charlottetown, too.

Take in the world’s highest tides from New Brunswick’s Fundy Trail Parkway. The sweeping views to Nova Scotia from the Bay of Fundy are beautiful from the steep, winding, nearly 10-kilometre trail. Pause to try paddling, a boat tour, or beach walk on the fossil-rich red sands. Also along the cliffside-then-inland route is a huge waterfall and long, sandy beach frequented by sunbathing seals.

You’ll already want to see Québec’s quaint Eastern Townships — a collection of brick Loyalist-era villages, lakes, graceful inns, and maple and birch that turn golden and crimson in fall — and the 39-kilometre La Montérégiade is the leisurely way to do it. Pedal from Montérégie to the Townships, or from Saint-Jean-Sur-Richelieu to Granby, past cornfields, woods, hills, and leafy parks, stopping to sample local cheeses and honey. If you ski the trail in spring, look for sugar shacks offering hearty, traditional meals and maple taffy.

The first section of the trail completed in Ontario, the 25-kilometre Caledon Trailway cuts through a favourite area of velvety green hills, creeks meandering through valleys, fragrant lilacs, and cute little villages lined with Victorians and top-notch B&Bs. The route runs from Terra Cotta to Palgrave on an old rail bed. Make time to explore up-and-coming Hamilton, a former steel town, and the trail’s first pavilion in Caledon East with lush gardens nearby, ideal for picnicking.

Take a day hike through some of the 35 kilometres of the Centennial Trail in popular Whiteshell Provincial Park. You don’t have to go too far in to get a wonderful sense of the Manitoba wilderness, thanks to thick boreal forest, mossy Tolkien-esque bogs, falls, ponds, and craggy, high granite ridges. It’s lovely in both summer or winter, but come prepared because the trail is steep and rocky in places.

Adventurer? Then you have to try Nunavut’s Itijjagiaq Trail, meaning “over the land” in Inuktitut. On the Arctic territory’s southern Baffin Island, it follows a traditional Inuit route without markers. The intrepid must use GPS and follow the season’s topography, pausing for a break at nine warming huts positioned at stops between expansive valleys and plateaus (the printed guidebook is an absolute must). The trail begins on Frobischer Bay near Iqaluit and extends 177 kilometres to Glasgow Bay at Kimmirut. Zipping across the white expanse on a snowmobile in winter, or kayaking the waters in summer is a thrill.

The Great Trail winds all through Good Spirit Lake Provincial Park known for its sand dunes — some as tall as five storeys high — outstanding fishing, and idyllic lake beaches, rated among Canada’s best. Hike the 18 kilometres starting at the Recreation Hall. Skiing and snowmobiling are just as fun as walking it come winter. Look out for foxes, coyotes, elk, moose, and deer, and expect to see plenty of water birds.

Step into a real-life history lesson paddling the Mackenzie River Trail. Winding 1,659 kilometres through the wilderness, this waterway was used by local Aboriginal people for generations, and was later explored by Alexander Mackenzie in 1789, followed by fur traders, European adventurers, and missionaries. Experienced paddlers love this route — the longest portion of the Great Trail — because there are no portages and very little whitewater. You might spot grizzlies or even belugas. Make sure to study this guide before you go.

Alberta’s Banff-Canmore corridor surrounded by the towering Canadian Rockies is nothing short of jaw-droppingly gorgeous — fans rave about the stunning views. And that’s where you’ll find the 22-kilometre, paved Banff Legacy Trail, to be conquered on foot or bike. Stop for a picnic or to read the educational markers on the trail from Banff Park East Gate to Bow Valley Parkway, open mid-April to mid-October. Look for wildlife, especially big horn sheep, moose, elk, and bears. End the day relaxing in the lively mountain town of Banff.

Yukon’s Dempster Highway is a legendary trail only for the truly tough traveller. This rough gravel road extends from the Klondike Gold Fields through Aboriginal lands all the way to the Northwest Territories and Arctic Circle — the only road to do so. The highway is known for its unadulterated wilderness, grizzly, caribou, and wolf-filled forest, and vast tundra. Start in Gold Rush boomtown Dawson City and trek, cycle, or snowmobile the 460-kilometre trail. It’s remote, with few services, and that’s the allure.

#TBT to some of the most scenic and remote regions of our ride in #BritishColumbia along the old Kettle Valley Rail Trail. #BikingHome #VancouvertoToronto #ExploreCanada #SpecialOlympics to learn more and to donate, please visit motionball.com/bikinghome

The most impressive of British Columbia’s Trail offerings, the 401-kilometre Kettle Valley Rail Trail is a historic route on the 1915 railway once used to move silver ore from mountains to coast. What’s amazing is the engineering used to bring the train through the mountains and over the river gorges. Look closely at the numerous trestles and delve into the cool tunnels. The route goes from Brookemere to Midway, but the most amazing section is the 12-kilometre Kelowna-Myra Canyon cliff-hanger — a national historic site — with canyon views from 18 gorge-spanning trestles. Hike or horseback ride in warmer months; Nordic ski and snowmobile in the winter. 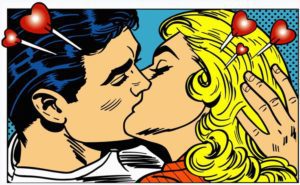 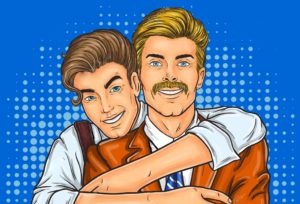 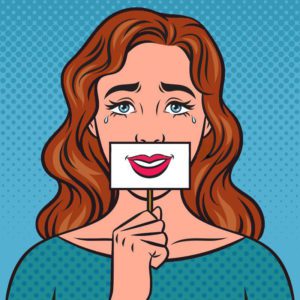