If it’s 1pm and someone’s asking “What did you have for dinner?” They’re talking about lunch not supper. To make things more confusing, if it’s 7pm and someone offers you a lunch, it means they’re offering you a snack. A lunch is a snack, dinner is lunch, and supper happens anytime after 5pm

What are you at?

Most words are spoken when a person is breathing out, but in Newfoundland there’s one special word that is spoken while breathing in. “Yeah” (while breathing in) is a relaxed way of agreeing with a person while being sympathetic to what they’re saying. Give it a try, it doesn’t take long to get the hang of it

If you say “I’m going to tie my boat off at the dock” you may get a response like “You mean you’re going to dock your boat at the wharf?”. Docking is something you do. The thing you tie your boat up to is called a wharf.

If you say “I’m going for a walk in the forest” you might get a funny look. People in Newfoundland call wooded areas “The Woods”.

If a Newfoundlander tells you “I’m going outside on the bridge” they don’t mean they’re going to stand on a structure that crosses water. Bridge is another word for front porch. In fact, if you say “I’m going out onto the porch” people will think you’re referring to the mud room.

“We’re just having a yarn” is another way for saying “We’re just having a chat”. In Newfoundland it’s common to pop over to your neighbour’s or friend’s place for no specific reason. Just walk on in without knocking, sit down at the kitchen table and have a yarn.

When you’re visiting Newfoundland, if you get invited for a mug up be sure to say yes. Having a mug up means having a cup of tea and a snack, usually something like a molasses bun. We always look forward to having a mug up after being outside on a colder day. 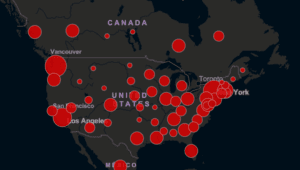